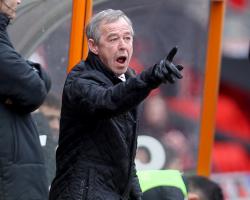 Flynn returns to the Premier League club as a scout having worked in a similar capacity at Everton for two years while Roberto Martinez was in charge at Goodison Park.

The 61-year-old former Wales midfielder was at Swansea when they avoided relegation from the Football League by beating Hull 4-2 on the final day of the 2002-03 season.

"I am excited to be back and I am looking forward to trying to do my bit to make sure we maintain our Premier League status," Flynn told the official Swansea website.

"If I can play a small part in keeping us safe, I will be delighted

I hope that in time, I will be able to play a huge part in the club's success.

"I am certain that we can get ourselves up the table because there is quality in the squad.

"We need to add to the squad, but I am sure that between us, we can achieve our targets for the rest of the season."

Flynn, who has also managed Wrexham and Doncaster, spent eight years in charge of Wales' youth sides between 2004 and 2012.

He was credited by former Wales boss John Toshack for guiding numerous players towards the senior side and laying the foundations for the nation's success in reaching the semi-finals of Euro 2016.

Flynn will work under Swansea head of recruitment David Leadbeater and have responsibility for spotting young talent as well as senior players ready to go straight into Bob Bradley's first team.

Swansea are currently one place off the bottom of the Premier League with Bradley having claimed his first win in a 5-4 thriller against Crystal Palace last weekend.

"I hope to make a difference now by helping the club find players who can come in and make an impact at Premier League level," Flynn said.

"I believe I can do that because I know what Swansea want.

"I know the way things are done at Swansea, I know the method and I know which players will fit in at the club."