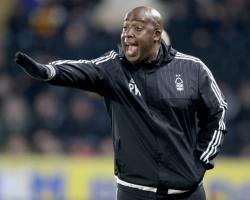 Williams will join the Swans ahead of Saturday's Premier League trip to Everton after leaving his position with the Football Association.

Williams, 45, has signed a two-and-a-half year contract with the Swans, working as number two to the Welsh club's manager Bob Bradley, who was appointed last month.

" I am excited about having the chance to work with Paul," Bradley told the club's official website

"The first month here was very busy, but this international break has given us the opportunity to finalise discussions, and we are pleased that Paul can join us.

"He gained a lot of Premier League experience in his playing days, while he has also done a lot of good work as a coach.

"For instance, he helped bring through some very good players during his time at Southampton, while everything I have heard about the work he did with England has been positive.

"He has done a lot of on-field coaching, and that's what we are looking for

I am excited to have another guy on the field alongside me and Alan Curtis."

Williams played for Derby, Coventry, Southampton and Stoke, before embarking on a coaching career.

He has worked in the United States, with Southampton's academy and latterly the Football Association, where he assisted Aidy Boothroyd with England Under-20s.

Williams was caretaker manager at Nottingham Forest for part of last season then took charge of England Under-20s after Gareth Southgate moved up to the senior team, while Boothroyd replaced Southgate with the Under-21s

During his time with England Under-20s, the team claimed four victories, beating Germany, the United States, Nigeria and Japan